When is OOP not that great?

As you might know, I really like object-oriented programming. I also have designed and implemented several object-oriented languages. Which, in turn, means that I’ve seen plenty of the not-so-great sides of the idea, both in the theory underlying it and in actual language implementations.

So let me rant a little bit about the things that have not brought me that much joy. 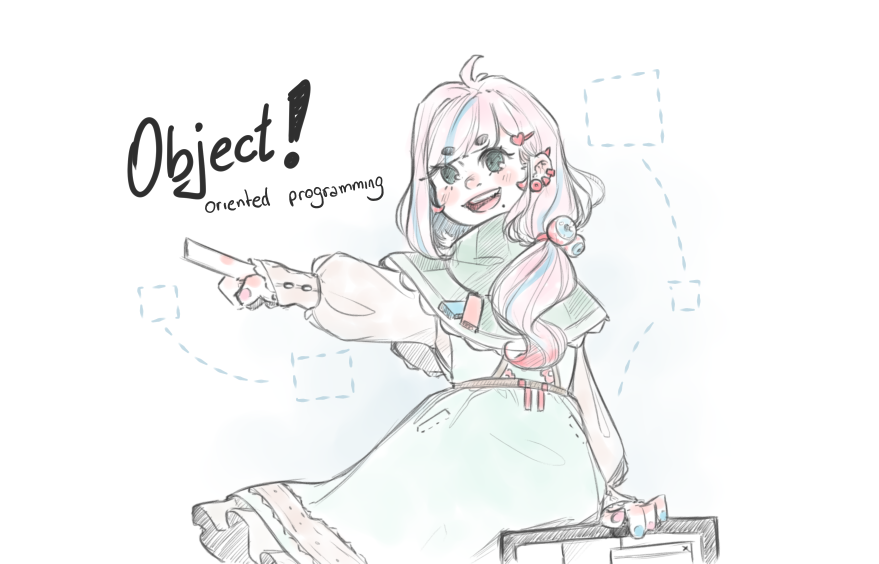 Note
This was originally posted as a Quora answer for the question “Why is OO programming considered bad by some people?”

It’s important to note that much of the criticism in this article applies to the languages I’ve designed as well; even to Crochet, which has deviated a lot from classical notions of “object-orientation”.

Programs are increasingly more complex, and a lot of parts of a system are not written/owned by the people writing the system. We use a lot of third-party libraries and frameworks. Sometimes, we need these objects written by other people to do additional things, or fit into different places, but we don’t have access to the source code, and changing it directly would mean that we have to maintain it anyway. Wadler calls this the Expression Problem1. Object orientation makes solving this problem harder than FP, because it bundles behaviour and data together. The current solutions are far from ideal.

Solutions we get from extending Object Oriented programming to a superset of the model:

Now, you can limit some of the problems above by limiting the pervasiveness of these features (for example, Siren limits contexts to explicit opt-in in a lexical context15), but then you get other problems with adaptability of existing code or with coherence. Plus, they’re not really that well researched yet (context-oriented programming is hard to optimise, implicit calculus is from 2012, etc).

So, yeah, we don’t have good solutions here, but OO languages suffer more with this than FP languages because objects merge behaviours and data structures.

II. Mainstream OO is not quite “OO”

And here I’m not even talking about the problem with the definition of the term “object oriented,” but rather that mainstream languages are generally multi-paradigm, so they offer more than one fundamental model which you can use to solve the problems.

That’s all well and good, except that composition between these different features are now much more complicated than if they were all build from the same basic-building block. Some of these don’t really compose (see Java’s lambdas or JavaScript’s getters/setters). This results in programs that require a different mindset to be understood in different parts, but also in programs that you can’t abstract in an uniform way.

For example, Python allows you to have list comprehensions, but list comprehensions are not built upon object-oriented features, it’s its own sub-language, with its own rules, and its own abstraction facilities. Java separates methods from members, if some class has a public member X, you can’t extend that object and turn it into a method X that computes the same value lazily, it changes the type of the class.

This is not an inherent object-oriented limitation (Object-Capability Security is a concept that fixes this16), but rather a problem with the implementation of mainstream OO languages.

In those languages, arbitrary effects can happen anywhere AND every piece of code has access to everything in the system by default. Nothing prevents an untrusted piece of code in JavaScript, running under Node.js, from doing a require("fs") call and delete arbitrary files from your HDD when you run innocent-looking code like 1 + foo. Java mitigates this by providing some privilege verification with stack inspection, but it’s just nowhere near as effective as OCap, and adds significant overhead.

Pure functional languages sidestep some of this problem by just forbidding any effects by default17, so you know that effects can only happen in certain contexts, and with a good effects system you know exactly which effects can happen in that context. Of course, impure languages (most FP ones) still have the same problem OO languages do.

Consider an operation as simple as 2 + 4. In object orientation, + is required to be a method, and 2 and 4 must be arguments of this method. Should this method live on the object 2 or on the object 4? How should 2 + "foo" be handled?

Kay has discussed a bit of this in The Early History of Smalltalk18. Does it really make sense to think of numbers as objects and common mathematical operations as sending messages to an object? The conclusion was more that doing so enabled a kind of generic programming (where + could be overloaded in a simple way), so it wasn’t about making sense, but rather just something you had to accept to enable other kinds of stuff.

There’s one major problem with single-dispatch (where one object owns the task of responding to messages exclusively): asymmetry19, in which code like a + b may execute an entirely different operation than b + a, because a and b are different objects, with different methods. Double-dispatch only alleviates the problem, multiple-dispatch “solves it”, but at the cost of being much harder to optimise, and making reasoning about dispatch behaviour much harder as well20, in particular if you include subtyping, or things like predicate-based dispatch21.

Another problem with one object owning the method is deciding where operations should go. Should it be number.toString() or string.fromNumber(number)? Both require each data structure to know about possibly internal details of each other, which is not ideal.

V. Inheritance is too complex

It’s very common for object-oriented systems to include some kind of inheritance, which is then used for code reuse. One of the major problems here is that inheritance must be a preserving subtype relationship. That is, if you inherit from class A, then class A’ must have all of the exact same behaviours A had, plus some more. You can’t remove or change things! Allowing people to override definitions leads to problems22 23!

Another problem with inheritance is its power: single inheritance is not powerful enough to solve most of the complex “reuse” problems, requiring people to pack much more than needed into a single class or object. Multiple inheritance works as a composition mechanism, but leads to ambiguous dispatch rules that tend to be solved in ways that are harder to predict24, in particular when these can be changed dynamically25.

Mixins tend to be a better solution for reuse, but they still suffer from lack of predictability, and conflict resolution is inexistent in the model. Trait26 solve the problems with mixins by providing symmetric composition operators, but they are not really implemented in any language.

Highly dynamic systems, such as Pharo, Squeak, Self, etc. solve many of the problems and limitations in Object-Oriented languages with specialised tooling. This integrated development environment (not to be confused with what “IDE” means in industry) is extremely powerful for working with object systems27, but in order to really benefit from this power you have to reject all of the tools you know and are used to from your OS.

You don’t use files, instead you modify objects directly in memory, and the system serialises your actions; There’s no Git, instead you use an integrated version control system developed specifically for changes in objects; There’s no terminal, instead you have a live scratchpad where you can try things; etc.

This is a significant investment for those who are starting to use these systems, because they won’t really be that productive until they learn all of these new tools, and it’s also a significant investment for people who are implementing these systems, because they have to reinvent all of these tools that already exist outside of the walled garden, such as Git or the terminal.

The image format many Smalltalk-like environments use is also it’s great blessing and its great curse.

VII. OO languages tend to be bad at concurrency

This is not a problem of the OO model. Far from it. Remember that this is the model that influenced most of the late research on Actors28, and was in turn greatly influenced by early research on it. Rather, it’s a problem with how most Object-Oriented languages are implemented29.

In our usual mainstream languages, we don’t really use objects for concurrency. Instead, we use shared memory! This is a terrible idea, results in programs that are usually more sequential to be on the safe side (aggressive synchronisation where it’s not necessary), or programs that simply try to go for optimal concurrency and end up with data races.

Functional programming avoids a lot of these problems by favouring pure functions, and sometimes by not having an enforced order of execution. This allows compilers to do a lot of great optimisations for you, plus it makes data races impossible by design.

Pony30 is an exciting object-oriented language here, but it’s definitely not mainstream. Incidentally, Erlang31 and Elixir are also exciting, but far from what most people would consider object-oriented. At least Kay seems to think that Erlang got part of the original Smalltalk vision right32.

VIII. Type systems for OOPLs are too complex

Subtyping relationships are complicated, and invariant functions are much easier to understand — some object-oriented languages that use subtyping allow unsound types to make things easier for users33. Row polymorphism tends to be easier to understand34, and avoids some of the problems with loss of information with subtypes. We’re still studying how to infer good types in the presence of subtyping35, and even then we’re still at a loss for how to provide good error messages for inferred types — what this means in practice is that the programmer needs to have a deeper understanding of the subtyping rules and provide explicit types in more places.

Functional programming languages tend to avoid subtyping, so for most things it’s easier for developers with less knowledge of type theory to understand how types work in functional programs. This is, of course, not true with more static functional languages moving towards very sophisticated typing features, and closer to dependent types. But things like higher-kinds and GADTs don’t tend to appear as a fundamental feature as much outside of Haskell, whereas subtyping is very pervasive in Object-Oriented languages.

Another problem with static verification of object-oriented languages is that many of the features considered as “core” features by some OO programmers are too dynamic to allow simple type systems. Things like Aliens36, Mirrors37, becomes:, changing shapes at runtime, and friends can’t be given types in most type systems. You either give up on static typing entirely (which is what languages closer to the Smalltalk philosophy do), or you add dependent types, which require significant effort to prove to the type system that your usage of these features is sound — though types that are derived from runtime values unknown to the compiler are still a problem.

Object-Oriented programming has many flaws, and many of these are inherent in the models-as-we-know it. Some later models (AOP, COP, etc) fixes some of these flaws, but bring their own costs in understanding the code, which is not that great. New concepts (like Traits) alleviate some of these flaws, but lack implementations and sometimes impose additional overhead.

Other models really just have different kinds of problems (although FP in particular seems to be doing better in the modularity, safety, and concurrency aspect). It doesn’t seem that a fundamental model for computations, that is actually usable for larger programs, exists. Though Out of the Tar Pit38 argues for a relational one instead of an object-oriented one, it’s not like that has withstood the test of time (and production usage).