JavaScript’s abstract equality might sound quite daunting… until you realise that pretty much every operator and function in JavaScript has the same problem. After all why does JavaScript’s equality and ordering works the way it does?

The direct answer is “coercion polymorphism”1. But since this is unlikely to tell you anything useful, unless you have implemented either JavaScript or similarly polymorphic languages in the past, let’s go in a short journey of how JavaScript operators work, with a particular focus on the idea of equality. 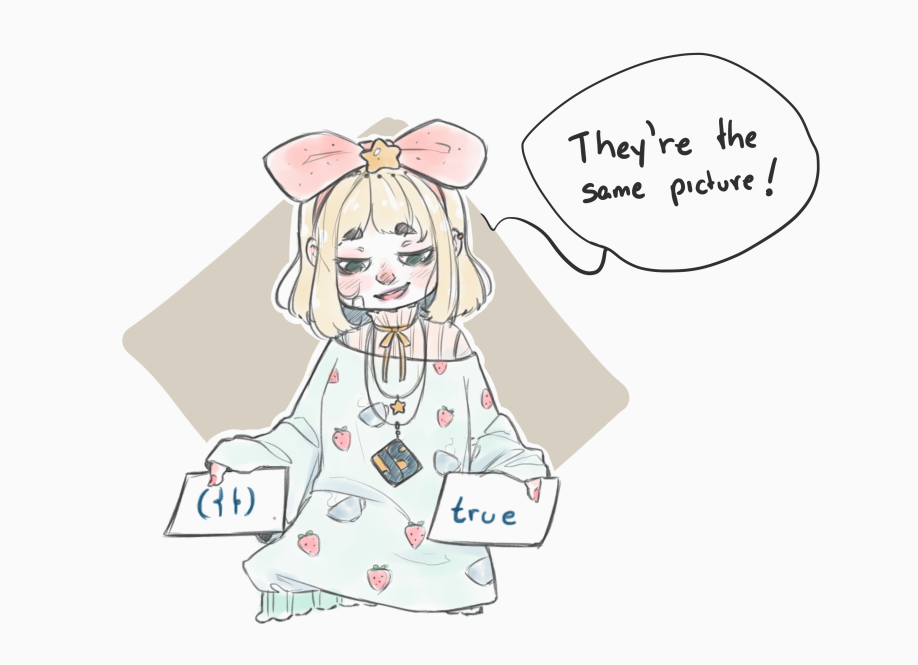 Note
This was originally posted as a Quora answer for the question “Why is ({}) true, but ({} == true) false in JavaScript?”

JavaScript operators generally work on primitive values, which are: Strings, Numbers, and Booleans. Additionally the language has special “non-values” (Undefined and Null), and objects, which can be anything (arrays, dates, etc).

For example, the operator < works on numbers, so both arguments must be numbers. A few things could happen if you tried to write something like [] < 2:

The first example, which I assume you mean if ({}) { … } is simple: ToBoolean is invoked on the argument, and for objects this is always true.

We’ll see the other one in details below. And remember, any time you think “wow, this is bad,” don’t worry too much about it: it gets worse.

A tale of two methods

Now, this is where things get complicated. JavaScript lets you implement just one of these operations in an object. It then applies some rules to the value to convert it from string to number (ToNumber), or number to string (ToString).

We can see this by changing the values around:

If none of the methods are available, or if none of them return a value that is a primitive, JavaScript halts and tells you it can’t perform the operation. Here’s some examples:

Welp, that’s quite some stuff, huh. I’ll admit that I lied about it being simple. But here’s the thing: it gets WORSE.

Before, all of these conversions from object to primitive were governed by the ToPrimitive internal operation. It’s called with a hint (“string” or “number”), and it would decide which one to call first: .valueOf() or .toString(). With the addition of Symbols3 to the language, the spec now allows users to override this internal operation by defining a method with the @@toPrimitive symbol.

Fortunately, if this method returns a non-primitive, the system throws a type error, rather than trying to call .valueOf() and .toString(). That’s one less thing to worry about at least.

When @@toPrimitive is called it’ll be given one string argument, that can be:

How do you know which method gets called?

This section might give you some basis to analyse why things went wrong, but you shouldn’t use non-primitives as arguments for operators, it’s unpredictable (and a potential security issue!).

You might think that you’d be able to avoid this by just not implementing any of these three methods in your objects. But there are a few problems with this:

In short, always explicitly convert values to primitives yourself, don’t rely on these methods to do it for you. TypeScript and Flow can help you catch these in your own code if you spend enough time writing types.

The only operators that don’t convert values in JavaScript are the strict equality operator (===), new, super, yield, await, delete, void, typeof, plain assignment (=), and the comma operator (,). All of the other constructs will try to convert values to a primitive. Some of these conversions are simple (e.g.: they just call ToBoolean), some are not.

Note that here ToString is ToPrimitive with the “string” hint followed by conversion of the result to a primitive string; ToNumber is the same, with a “number” hint and conversion to number;

This section gives a summary of these:

Other than operators, most functions in the JavaScript standard library will convert the arguments to a particular type. For example, Number("300") will use ToNumber() in its argument, and "hello".endsWith(["lo"]) will convert the array to a string (and assuming a non-modified environment, return true).

A few syntactical constructs also convert values. Where boolean values are expected, they’ll run that value through ToBoolean. This means that if ({}) { … } really means if (ToBoolean({})) { … }.

Okay, now we can explain the examples in this question themselves! :’)

A lot of operators use ToBoolean to convert its operands to a boolean. Where only booleans make sense this is not too bad. ToBoolean is not an overridable method, and for objects it’s defined to always return true.

With the abstract equality operator (==) things are not so fun. Assuming a standard execution environment, and a plain object, this is what we get:

But this could be very different if anywhere in that object or its inheritance chain a @@toPrimitive method, or a different .valueOf() or .toString() was defined: